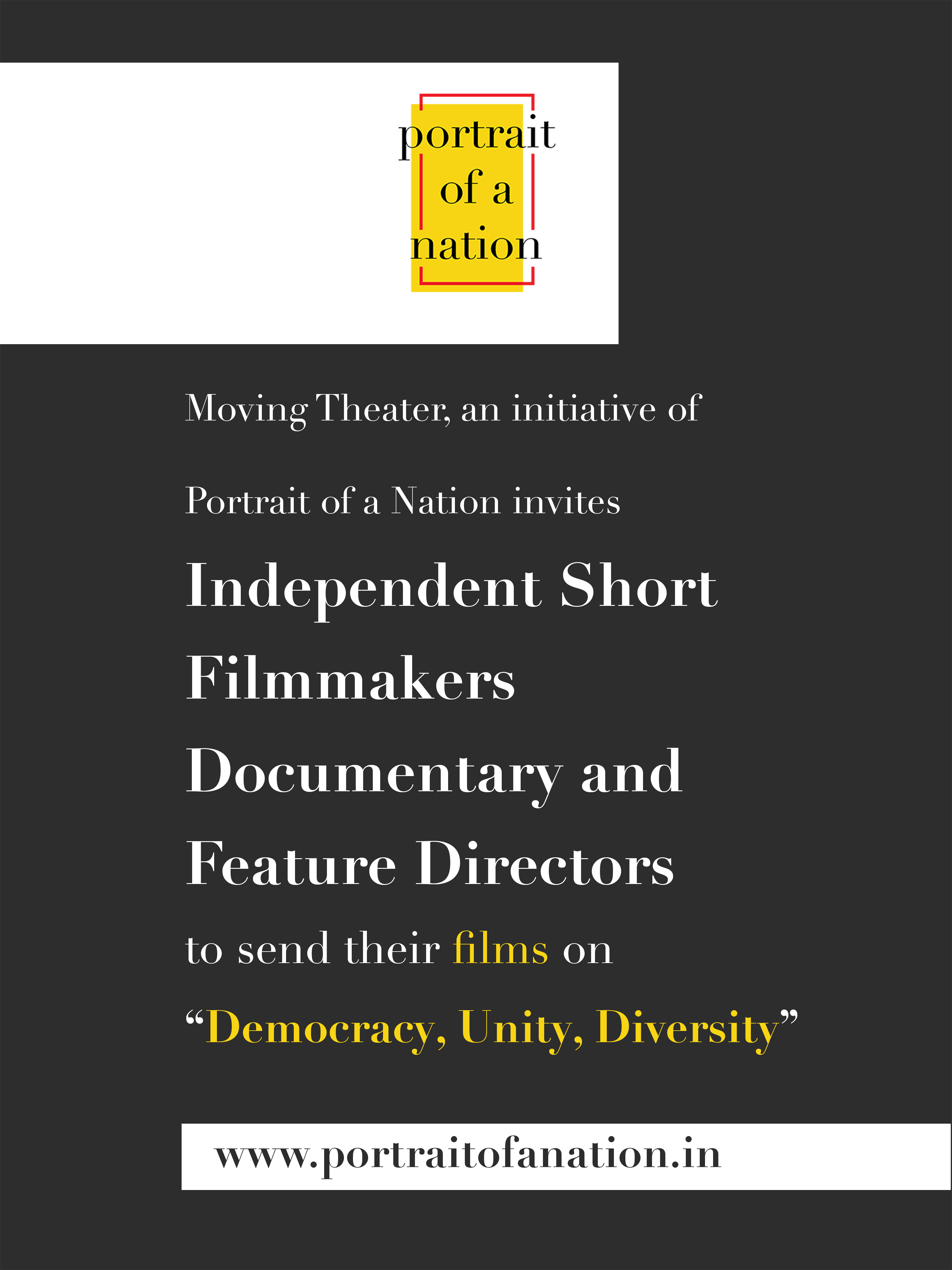 Moving Theater is an initiative of "PORTRAIT OF A NATION”
The rural area that PORTRAIT OF A NATION caravan travels through is remote and underdeveloped region of the country and hence access for children and the general public to films and especially documentaries are just a dream. With the Moving Theater initiative, we would like to screen to the rural population the international films and documentaries to show the other side of the world. This screening is free for the public.

We will screen these films and documentaries to the rural audience from our caravan which will house the projection and sound equipment. The screening will happen in different places across India starting from Kanyakumari and ending at Kargil.

This screening is free for the public.

In this regard, Moving Theater invites Independent short filmmakers, documentary and feature directors to send their films on “Democracy, Unity, Diversity”.

General Guidelines:
Entries are accepted from all over the world and are open to all.

Please use the following link for submission: Moving Theatre